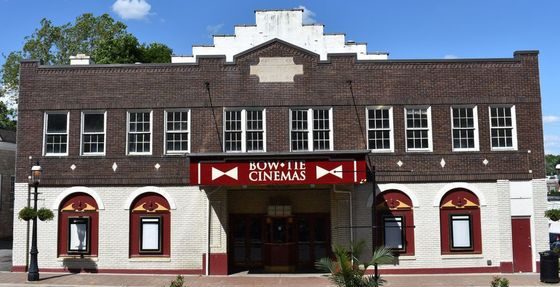 Saxum has appealed the Historic Preservation Committee’s resolution.  Their 3 points of contention are:

Condition number 4 in detail was:  “Demolition shall not commence until after all required State, County, and local land use approvals have been secured; all building and soil permits have been obtained; and Borough Officials are fully satisfied that the demolition and new construction is in full compliance with all applicable laws.”

Basically it appears that Saxum wants to take the building down NOW.  Before the election, before any permits for the new building are acquired.  Remember, every structural review of the building, either from the town or the developer, noted that the building was at NO RISK of falling down.

Sure, tearing it down would silence Save Madison Theatre, but that probably isn’t the real reason to appeal that mandatory condition. Maybe leverage is the reason. The building they propose will require many variances before getting approval to build. That could take a long time, and they might not get all they want, and any concession they make will hurt profit. Now imagine if there was a big empty pit where the Theater now stands. A big hole next to the post office. Fencing and debris greeting every Madison commuter each evening as they leave the train station. The town would do anything to expedite approval to make sure that lot is used. Variances might be granted willy nilly in an effort to bandage the gaping wound that should be the gateway to Madison.

Condition #9 was:  “Continuation of a public theater is necessary, reasonable, and in furtherance of the public interest to preserve the historical, cultural, and social significance of the Lyons Theater and the District as a whole. A 90 to 100 seat theater shall continue in active operation on a portion of the Lyons Theater property. A 90 to 100 seat theater shall be included on the final design plans and within a portion of the replacement building/structure to ensure that the property can continue to be used as a theater for public access and entertainment. The site shall be promoted and marketed in a commercially reasonable manner for use as a public movie theater and Saxum shall use commercially reasonable efforts to secure a movie operator tenant.”

Now basically Condition #9 codifies what Saxum’s development plan drawings showed all along: to include a small movie theater in the property. Their appeal of Condition #9 reveals that Saxum’s “promise” was apparently a PR stunt from the beginning. It seems clear that they don’t want a theater there. Why? Maybe because having a theater there would detract from their rental properties. (Would anyone want to live above a theater with the rumbling bass and explosive sounds of an action movie below them?) The theater was likely proposed in an effort to diminish objections to their plans, in short to lull Madison citizens into believing the loss of our town’s historic Lyons theater building was not the end of movies in town. Perhaps it was designed to soften the guilt for HPC members when they voted against saving the current theater building. The PR stunt seems to have worked as intended, and now the developers seek to abandon the theater concept.

Basically it seems like they want to render the Historic Preservation Committee’s ruling moot. If they win this appeal this is likely the end of the concept of a protected historic district. Anyone who wants to tear down a building, increase its size, or in any other way break the restrictions put in place to preserve our historic downtown will know that they can simply appeal.

Though I disagreed with the HPC decision I know the members worked long hours and were dedicated to the process. But this appeal raises serious doubt that the developer had any regard for the commission or the rules of the historic district.

People move to this town because of its small town feel while simultaneously being a suburban town. The historic district is integral to that. The theater is the gateway to Madison and the historic district. Don’t let it be a massive hole.