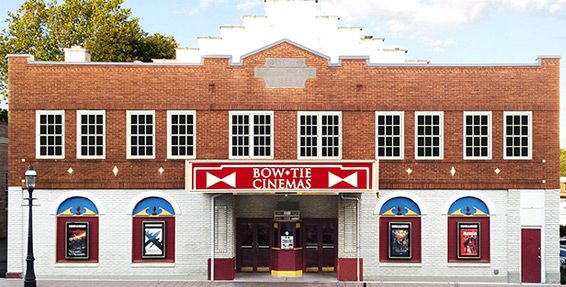 May 12, 2019 Lyontheater
Approximately a month ago I had the opportunity to see a documentary in Milburn, NJ. We drove to Milburn and had dinner before the showtime. So many nights out to dinner within Madison are lost without a local theater.
The documentary was created by a former resident of Short Hills and this was in a way her coming home screening. The ticket price went to cancer research and the audience consisted of many of her former neighbors and family friends. Even the director’s old soccer coach was in attendance. The movie was Love Always, Mom; do see Tricia Russo’s documentary if you have an opportunity to.
The Milburn theater is much like the the Madison Theatre, an old single theater split up into multiple screens. If anything Madison was split up better when it came to making use of what was once the “balcony” seats (the 2 screens with the stadium seating).
Though it is a for-profit theater they work with the local schools to show the elementary school’s student films. That is just an example of what a local theater can do.
A non-profit community theater doesn’t need to limited itself to showing films (in our case we feel 2nd run films at $5 would be significant source of cash flow). It can screen local student films, it is a shame that Fairleigh Dickinson has their annual student film festival at the AMC on Route 10. Special screenings of films specific to the holiday or a weekly classics series. We can have other screenings and showtimes for specific audiences. Say a weekly matinee for those with screaming tots who would never get out to see a film (with that kind of billing you know what you’re in for).
Over time the old orchestra area theaters (the two smaller ones on a normal slopped floor) can be rejoined and work can be done to restore the original stage. Then you have a beautiful theater that could be used as a 3rd screen for movies, an area for small stage productions, and an area for intimate performances. A community theater would be for the community.