Recently my son and I went on a bit of a road trip, seeing sites in Pennsylvania and Virginia. One thing that wasn’t on our agenda was checking out movie theaters, and yet we bumped into movie theaters over and over again in the small towns we’d drive through.

The local theater is Americana in pure form. Smaller towns, towns of less means, all these towns saved their theaters. Why can’t Madison.

Almost all of the theaters were not first run theaters. Often it was a combination of 2nd run, art house films, rereleases, and occasional live performances. Things that add vitality to a town.

“A lot of these town’s are college towns,” you might say. Which is true. Madison is as well. Bringing in the college students into town can bring in commerce and perhaps a little funkiness as well. Back in the era of Clearview visiting the Madison Theater was part of freshman orientation. I remember a busload of Drew or Fairleigh students (I don’t remember which) being dropped off to see a movie. And from the movie they might not go straight back to school, instead they may grab a bite to eat, get some ice cream, or check out Snookie’s shop (which the student’s will instagram to their friends).

As was mentioned in a previous post, there was a third party interested in buying the theater who would run it as a theater. Even the developer thought their plan was viable and would bring in moviegoers from the local area and from outside Madison into downtown Madison. So why does the Downtown Development Commission support this new building rather than work to save the theater? If one was to take the most pessimistic numbers from Bow Tie’s bleak days, you still had over 100 people a day (and over 150 on weekends) coming into downtown. Meanwhile this new building will bring in 50 or so new residents into town, an increase of 0.3% to the town’s full time population. I’m not sure how anyone charged with bringing business into town would think an increase of 50 inhabitants is somehow more of an economic boost to the city’s downtown than bringing in over 100 people into downtown daily. And not the same 100 people either. Different people each night with wallets and a desire to have an evening or day away from the house. What is a movie but not escape.

As was mentioned by a town official in a town hall presentation about Rose Hall last summer: “Experts say a combination of elements contribute to successful downtowns. A lively, bustling atmosphere with lots of people is a must – but what attracts the people? The formula includes retail and residential with lots of parking. Night life that offers several places to eat and drink, combined with entertainment in the form of theaters and performing arts centers, is the key, experts say.”

That is why these small towns saved their theaters. If you go to the Resources page you will see our survey of many different small town theaters. The numbers show how theaters are not only a place for town’s people to meet and be entertained, but economic engines drawing people into town.

Also on the Resources page you will find more informations about theaters and the fight to save the Madison Theater than you’d ever want, but if you want to you’ll see there is a lot of good stuff there.

Doylestown, PA, population 8,380. The theater is such a success it is raising money to expand into the property next door so it can show more. 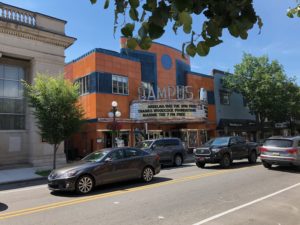 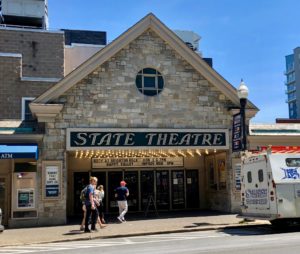 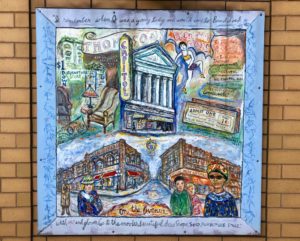 Braddock, PA is a town that went from 20,000 to 2,000. The town is struggling to keep itself alive, often through art. One piece is people sharing memories of what Braddock meant to them. The theater was a key memory of what the town once was.

This panel says: “I remember when I was a young lady and we would come to Braddock with hat and gloves. Go to the movie, beautiful dress shops…” 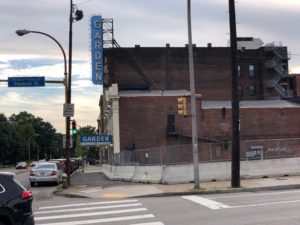 A theater in Pittsburgh, this picture is just here to show that a blank side wall is kind of how stand alone theaters look. Perhaps if Madison’s theater went back to its original unpainted brick people would like the sides more. There is other work the theater needs before that happens of course. 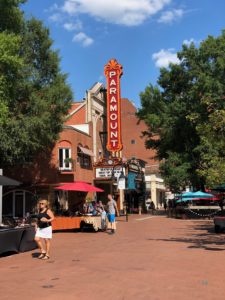 A theater in Charlottesville, VA. This is the one of three operating theaters within three blocks. One of which is a multiplex. 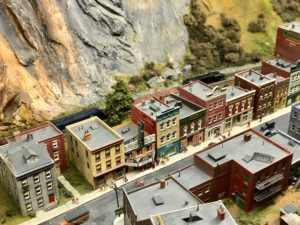 A fake town in Northlandz…. Even fake towns need a movie theater. And this one has a Dish Night every Wednesday. Madison Theater used to have Dish Nights and someone even posted to our Facebook page a picture they got from the theater. Unfortunately I can’t find that picture… gotta love Facebook. 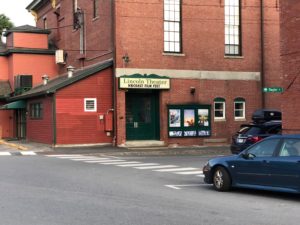